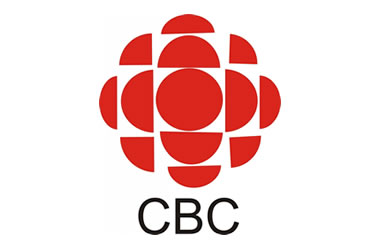 ~ I have been teaching this IP Refresher course for a number of years now. And I also taught carpentry at the community college level. During this time I have had a number of FN students, and I have become more aware of the unique challenges facing FN candidates who want to get their Red Seal Certification. And, there is still a significant gap in the number of newly certified FN’s carpenters.

~Simply put, the Canadian educational experience has failed our First Nations peoples.  They often lack the foundation skills to get the full benefit of my course. And, to be blunt, the existing Red Seal exam is beyond the ability of many of the  FN’s candidates to successfully challenge.

~So, I have come up with a 2 part solution to the problem;

~ I think my course needs to be more culturally sensitive to FN’s oral traditions of sharing information.

~ The questions are full of dense, convoluted sentence structure, and unnecessarily complex syntax.

~Without “lowering the bar“, so to speak, I believe it would be relatively simple for them to re-write the same questions in a more direct fashion, specifically for FN’s candidates, and in a way that is more culturally sensitive to their oral traditions.

~Math is Math; whether it’s Gable roofs, Hip roofs, calculating volume of concrete for a cylinder wall, or calculating stair risers, treads and headroom, it is all just Math. It’s not the Math that they have a problem with; it’s the language of the test.

~ I have seen first hand that FN’s candidates have the empirical and practical knowledge and skill to be Red Seal certified.  But, the odds of passing the test in its present form, are stacked against them.

~The point of the exam should be to insure that they have the skills to do the work, not navigate a series of questions that are designed to intentionally and needlessly confuse them.

Over All Big Picture:

~I want to start a dialogue with ITA/Yukon Advanced Ed that involves FN’s Band Councils and representatives of the major players in resource based development in BC and Yukon.

~I will also be approaching ITA Standards Director, in BC, and Yukon Advanced Education Director, in Whitehorse to enter into a dialogue about adapting the ITA exam.

~I will also approach NDP MLA Kate White in Whitehorse, after our very productive meeting in May of this year to see what support she may be able to offer.

Everybody is welcome to come to the table.

~We have to lobby the provincial jurisdictions to be on-board with the idea before we can approach the Red Seal Secretariat in Ottawa, to develop a new test.

~ If we can change the current narrative I am certain that this initiative will go some way in addressing the historical disadvantages that FN’s continue to endure in this country.

~  We need to enable Red Seal FN’s carpenters to become mentors to their people, and take their knowledge and skills back into the heart of their culture and community.

~ It is an investment not only in their future, but in our collective future as well.  And I think organized labour and FN band Councils need to be seen as being part of an important groundbreaking and innovative solution to this historical disparity.

~And I think that this could evolve into an inter-generational solution.

~ Given the emerging economic and political power of FN’s in BC & Yukon resource based development projects, we need to involve them in a meaningful way, and promote their education and advancement in the trades. It is the only way for them to share in the bounty long term.~

~In a day and age where a test to obtain a BC Driver’s License in Vancouver can be administered in 52 different languages, I think we can come up with a simple and cost effective way to accommodate our First Nations peoples.

~ We created the problem; we need to be part of the solution. And, I would welcome anyone with a vested interest in seeing FN’s succeed in this country to contact me and help not only to develop my new curriculum; but to help lobby for positive change.